Disrupting commonly held beliefs, Hawaii may not exactly be the “birthplace” of surfing. 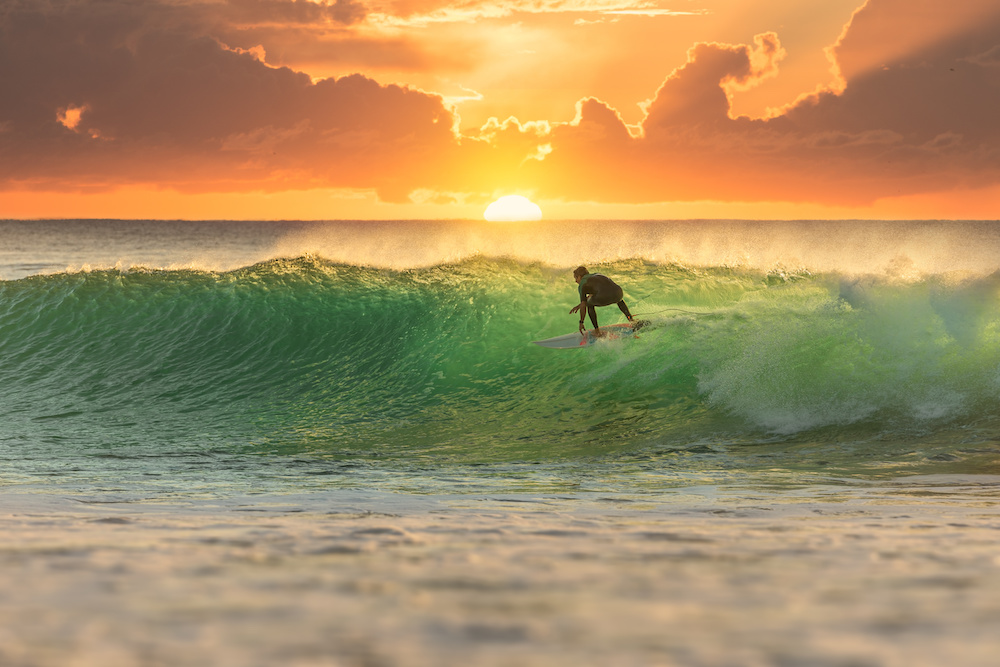 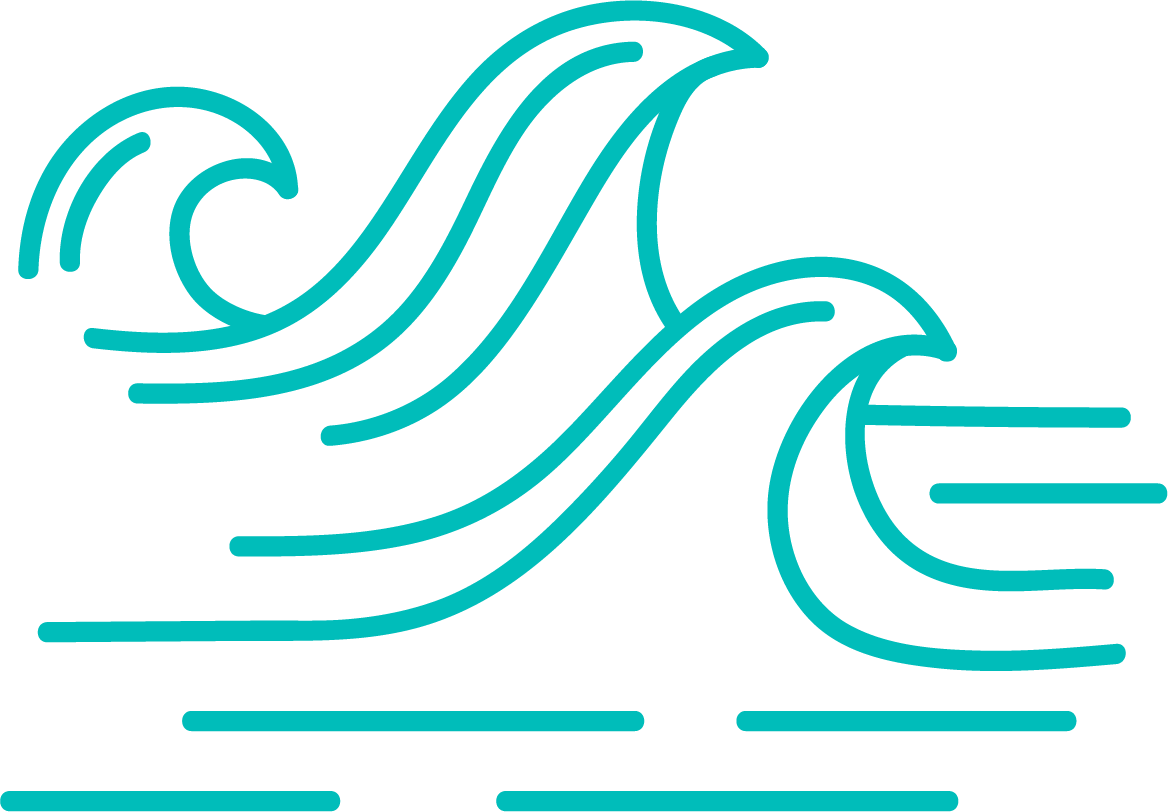 “I never before met with the natives of any place so much astonished, as these people were, upon entering a ship,”  wrote Captain James Cook upon first landing in what he called the Sandwich Islands–today known as Hawaii.

“Their eyes were continually flying from object to object; the wildness of their looks and gestures fully expressing their entire ignorance about everything they saw, and strongly marking to us, that, till now, they had never been visited by Europeans, nor been acquainted with any of our commodities except iron,” continues Cook’s journal entry, dated  January 20, 1778.

European exceptionalism was put to the test almost exactly a year later when on February 14, 1779, the Hawaiian people, led by King Kalaniopuu, overtook Cook and the crews of the HMS Resolution and Discovery. By day’s end, Cook and a number of his sailors were dead. Those that managed to escape found refuge offshore on the Resolution.

Tensions with the Hawaiians and British had been brewing for some time before violence broke out. After overstaying their welcome at Kealakekua Bay on the island of Hawaii, a place of deep religious significance for the Hawaiians, on February 4, the British finally set sail. But rough seas damaged the Resolution, and after a week the expedition was forced to return to Hawaii to attempt to make repairs.

None too happy to see Cook and company return, after a dispute over some British property, negotiations with King Kalaniopuu broke down after a lesser Hawaiian chief was shot and a group of Hawaiians overwhelmed the Cook party.

If you subscribe to the idea that Captain Cook “discovered” surfing this is actually how it played out. But the Hawaiian people had been practicing the high art of wave-riding for centuries prior. It was woven into the social fabric of their society and religion. They celebrated gods who surfed–including Ku, La’amoamoa,  Hi’laka and her brother Kanemilohae.

“Surfing has been one of the most popular sports in Hawaii from ancient times. At times entire villages would leave home and work when hearing the call, ‘Ua pi’i mai ka nalu!’ ‘Surf’s Up!’ On the nights when the tops of waves shine with a glistening light it is said the gods have joined in the sport,” reads a passage from John R.K. Clark’s “Hawaiian Surfing: Traditions From The Past.”

But humans had been riding waves around the world for centuries prior to this cultural clash. From Africa, to China, Peru and beyond, there’s all kinds of evidence that the act of catching an incoming ocean wave, harnessing its power and hurtling towards shore has been going on in coastal fishing communities for a long, long time. 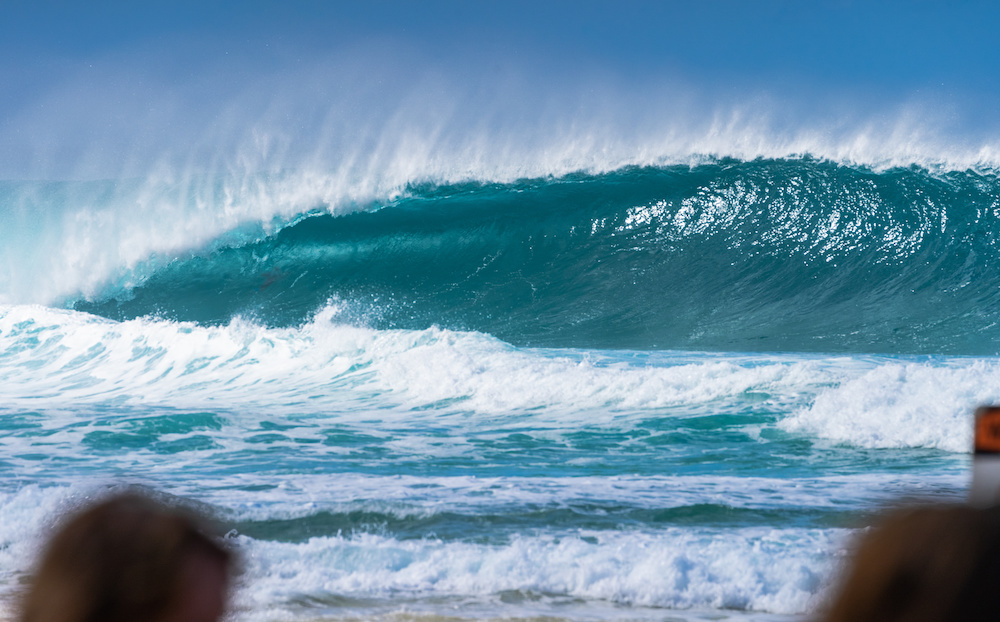 In Africa there is a long, rich history of riding waves both as a means of helping with daily labor, but also for sport or enjoyment.

“The modern surf cultures currently developing along Africa’s long shoreline are not something new and introduced, they are a rebirth—the remembering and reimagining of 1,000-year-old traditions,” writes historian Kevin Dawson in his essay “A Brief History of Surfing in Africa and the Diaspora.”

“The first known account of surfing was written during the 1640s in what is now Ghana. Surfing was independently developed from Senegal to Angola,” Dawson continues. “Africa possesses thousands of miles of warm, surf-filled waters and populations of strong swimmers and sea-going fishermen and merchants who knew surf patterns and crewed surf-canoes capable of catching and riding waves upwards of ten feet high.”

That first written account in the 1640s would predate Cook’s description of Polynesian surfing by well over 100 years.

“Three centuries later, American director Bruce Brown landed in Africa to film segments of the classic 1966 surf documentary ‘The Endless Summer’ in Senegal, Ghana and Nigeria. His attitude towards what he viewed as virgin territory hadn’t moved on much from colonial times,” wrote Paul Hoad for The Guardian. “Brown boasted of discovering ‘surf that had never been ridden before’ – even though, in his own footage, you can see children of Ga ethnicity clearly using traditional paddleboards.”

Today, there is a robust revival and rediscovery of Africa’s surfing roots. Surfer’s like Michael February, who’s father was denied access to beaches in South Africa during the Apartheid regime, has become emblematic of this modern movement.

The recently launched surf brand Mami Wata is seizing on this moment and making surf clothing with a quintessential African twist. The art and design of the company celebrates the diverse coastal communities of Africa.

“We’re looking back to move forward, Africa has always had a vibrant, strong connection to the ocean. Mami Wata is a reflection of that through today’s lense. It’s more than a surf company, it’s a movement,” explains Selema Masekela, who helped get the company off the ground and is a fierce advocate for diversity in surfing.

The modern surf cultures currently developing along Africa’s long shoreline are not something new and introduced, they are a rebirth 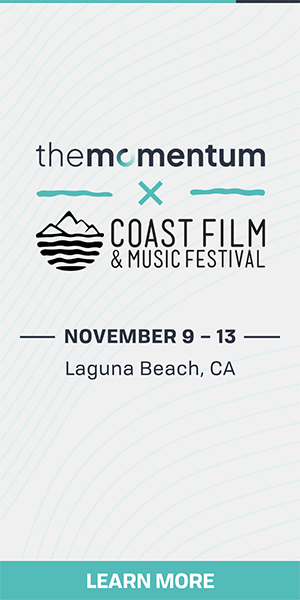 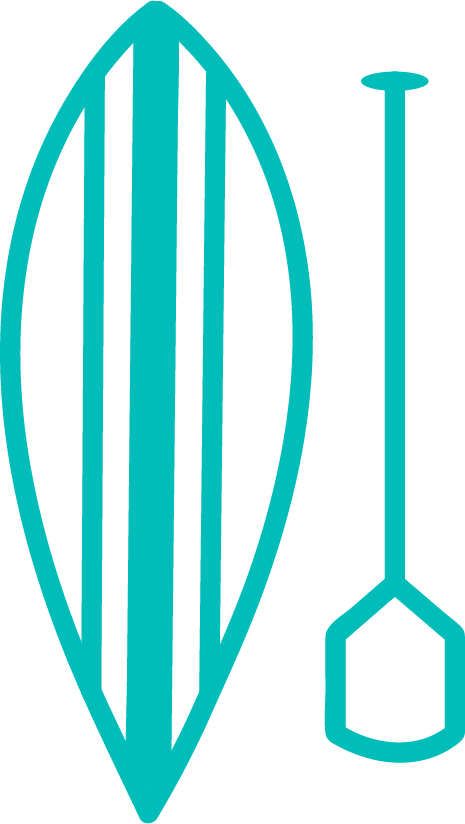 The Start Of It All In South America

Meanwhile, along the west coast of South America there is archeological evidence that pre-Inca civilizations were riding waves in the Pacific a full 5,000 years ago.

In the book “5,000 Years of Waves: A History of Surfing In Peru,” the working hypothesis is that Peruvian fishermen began riding reed craft called tups or caballito de totora between 800 to 600 B.C. Meanwhile, some of the earliest records of he`enalu, or wave sliding, in Hawaii is traced back to the 15th century A.D.

“For several decades, developments in the field of pre-Columbian archeology have revolutionized the traditional theory of the origin of the art of surfing,” writes author Roberto Meza. “By studying the cultures of the coast of Peru, as highly developed as the ancient Egyptian civilizations, evidence proves that these men developed surfing thousands of years ago. Such is the case of the recent discovery of the ruins of Caral, which dates back five thousand years ago.” 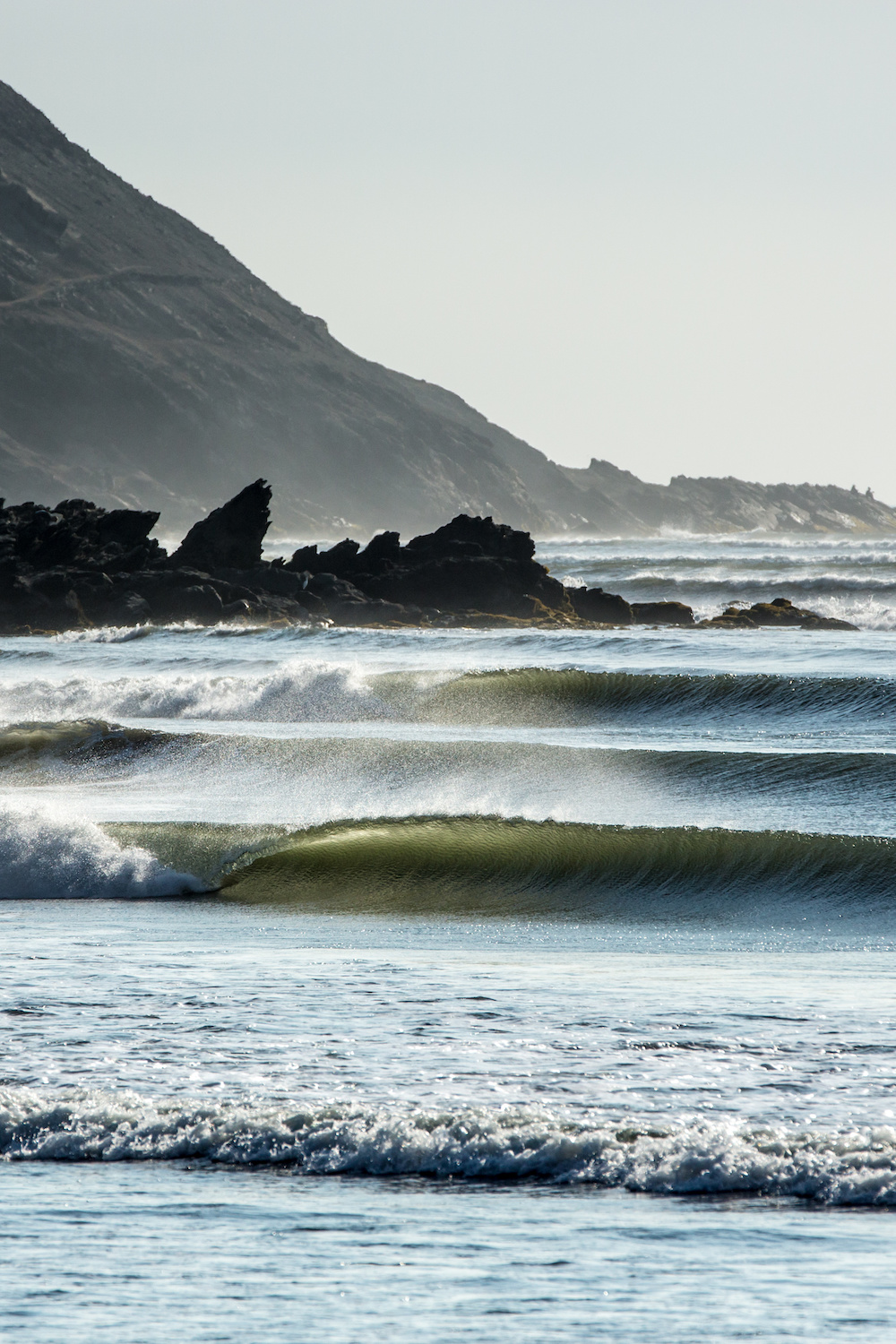 Peruvian fishermen began riding reed craft called tups or caballito de totora between 800 to 600 B.C. Meanwhile, some of the earliest records of he`enalu, or wave sliding, in Hawaii is traced back to the 15th century A.D.

Part of this hypothesis is based on the information gathered by the famous Kon Tiki sailing expedition. In the 1940s, Norwegian explorer Thor Heyerdahl set out to prove that pre-Colombian sailing rafts could successfully voyage from Peru to the island of Rapa Nui (commonly known as Easter Island). Completing the journey in 1947, Heyerdahl believed that coastal communities in Peru could have reached Rapa Nui and used it as a jumping off point to island chains throughout Polynesia–and not only did they bring advancements in agriculture and technology, but also the concept of riding waves for sport or enjoyment.

There may be merit in this concept as surfing in Tahiti, a Polynesian island chain 2,600 miles south of Hawaii, also has a long, storied history of wave-riding. The first European description of surfing in Tahiti came by way of the HMS Dolphin in 1767 as British sailors marveled at the Tahitian’s ability to ride waves. Ironically, a number of these sailors would later sign on to Cook’s fateful trip to Hawaii a full decade later.

Similar to Peru, the history of surfing in China possibly goes way back. In the book “Children of the Tide: An exploration of surfing in Dynastic China” by Nicolas “Nik” Zanella, the author asserts that wave-riding began taking place there over 1,000 years ago.

“China and surfing could not seem further apart,” writes Zanella. “How do the breathing techniques of Taiji, the flow of Daoism and the pragmatic values of Confucianism relate to a sport that has created kowabunga handshakes and the stereotypical stoned Californian surfer dude?”

Originally from Italy, Zanella studied Chinese in the late 1980s before working as an interpreter, publishing a surf mag and moving to Hainan Island to surf. The research for his book came when he stumbled upon a clay bas relief in a monastery in rural China. The relief dates back to 1880 and features about 30 surfers. But that was only the proverbial tip of the iceberg.

“Researching surfing through 5,000 years of Chinese history was a challenge. Almost nothing existed,” Zanella explained in an interview with Surfer Magazine. “The word ‘surf’ entered the English vocabulary only in 1685 and was likely an alteration of a Sanskrit word ‘suffe’ meaning ‘coastline’ familiar to Portuguese traders along the coast of India.”

“For centuries ‘surf’ only indicated the area where waves broke, not the act of riding them. Most Chinese don’t speak/write/read English, hence the word ‘surfing’ was meaningless. I had to start from another set of words, namely ‘Nong Chao,’ translatable as ‘playing with the tide’ and ‘Ta Lang,’ meaning ‘treading waves.’ I started researching and translating such occurrences through poems and dynastic chronicles.” 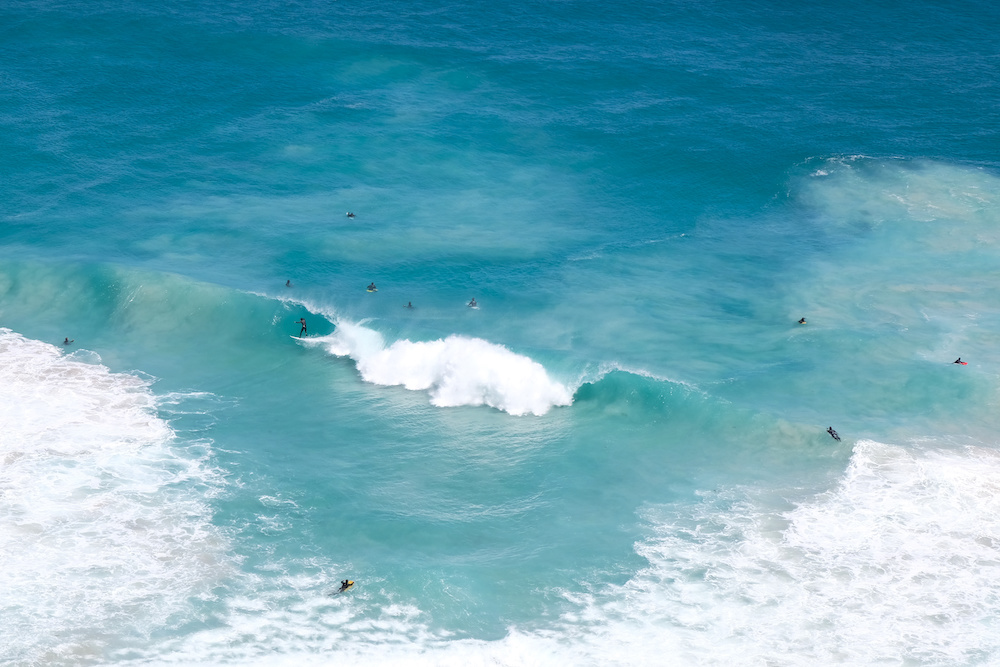 Anywhere in the world that people and communities have had access to the ocean, save Europe where most people couldn’t swim, folks found a way to get in the water and enjoy themselves.

Zanella’s first big break came when he uncovered a Dynastic Chronicle dating back to 1290. Written by Zhou Mi, it read: “hundreds of brave watermen from Wu, with unfastened hair and tattoos, holding ten colored flags, racing to the water at the sound of drums. They paddle against the flow, towards the oncoming waves, appearing and disappearing among the leviathan waves … Then they leap up, and perform a hundred maneuvers without getting the tail of their flags even slightly wet.”

From there Zanella was able to keep digging and present evidence about surfing’s roots in China a millennium ago.

Whether it’s Africa, China, Peru or Polynesia, humans have been enjoying the magic of wave-riding long before Captain Cook inserted himself into the narrative. Anywhere in the world that people and communities have had access to the ocean, save Europe where most people couldn’t swim, folks found a way to get in the water and enjoy themselves. From little kids bodysurfing to fishermen betting on the length of a ride, it’s all surfing and deserves its place in the sun. 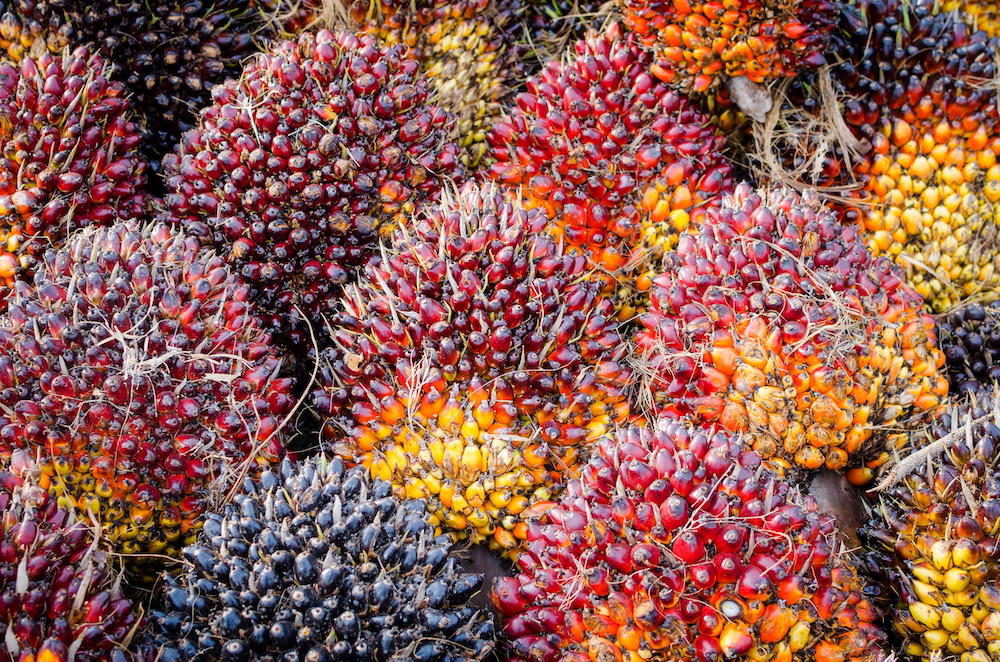 This is some text
Palm Oil: A Dangerous Dependency
Palm oil is one of the biggest contributors to deforestation and habitat loss – but it’s production also accounts for a large portion of livelihoods and GDP across Southeast Asia. How can palm oil be produced sustainably and reduce the negative impact on the environment?
Kiara Manns 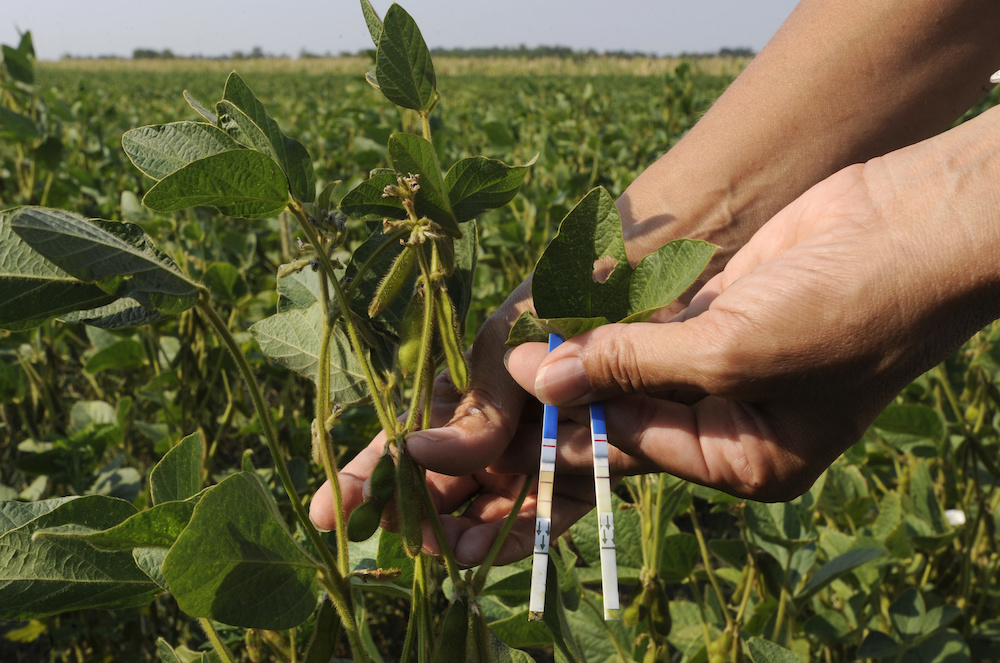 This is some text
Are GMOs Friend or Foe?
When an organism has been genetically modified, its DNA has been altered through genetic engineering. We can think of GMOs as the result of selective breeding with techno
Kiara Manns 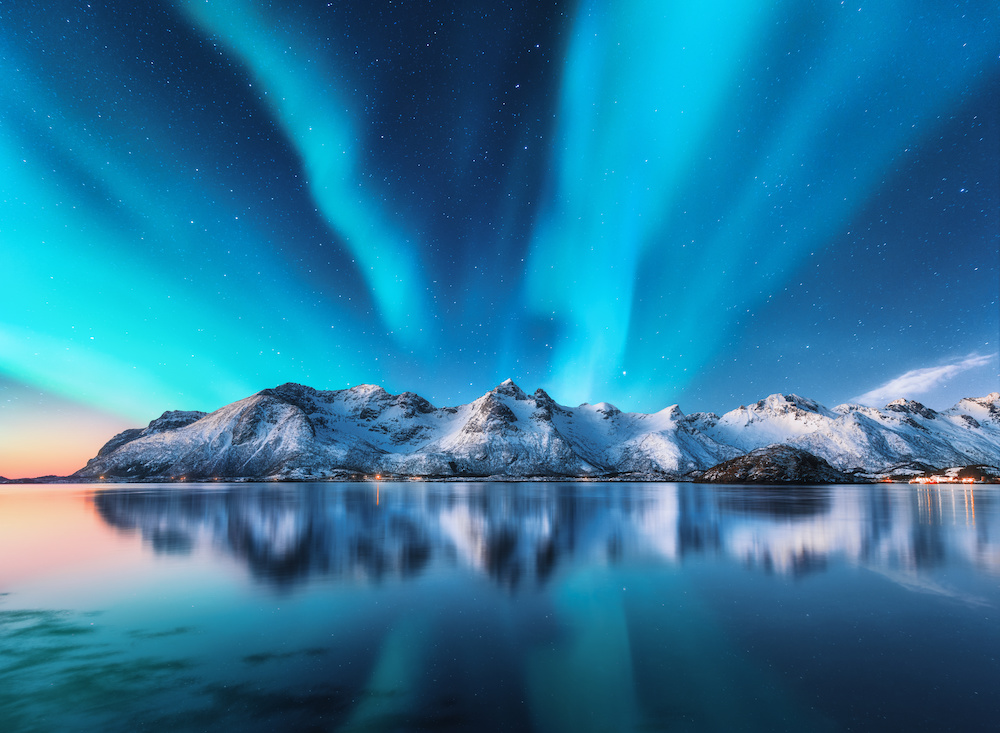 This is some text
Climbing the Summit: Storytelling Through Film Reawakens Biocentrism
Through documenting and celebrating mountain, surfing and other outdoor adventures, a new era of filmmakers are celebrating the magic of life.
Jake Howard 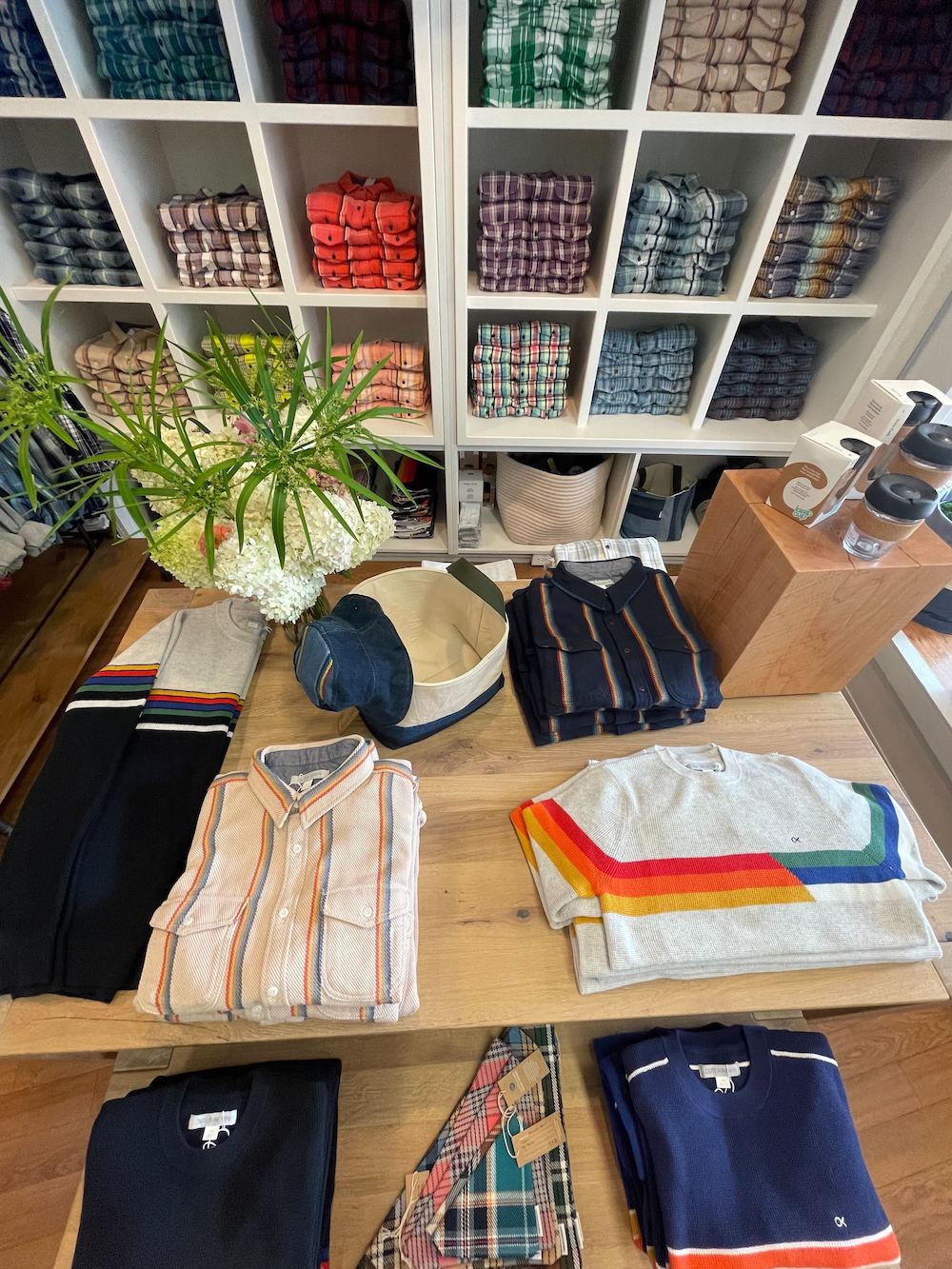 This is some text
Sewstainability: Craft of Upcycling Gives New Purpose to Old Material
Sustainability-focused brand, Outerknown, launched Project Vermont, a small-scale collaboration of Vermont handcrafters that give life to materials that would otherwise end up in a landfill. Together they’re paving the way for a new and much more intentional paradigm of apparel otherwise known as, slow fashion.
Desneige Roy